Well, I am one to follow a crowd. I don't know if I have a favorite type of tree, but I do have some pictures that I have used to illustrate changing landscapes to students which use trees as the "gee something isn't right" warning flag. 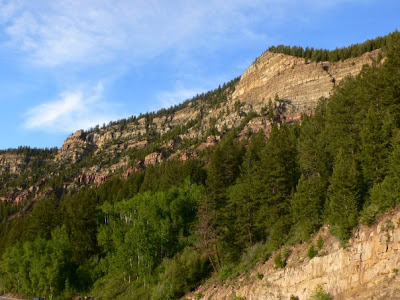 I took this photo during the 1st North American Landslide Conference held in Vail, CO back in June 2007. This was on a recently repaved road (that was already showing cracks in the asphalt). The trees, that don't look so healthy, are curving upwards towards the sun as the slope is continuing to succumb to enticing wiles of gravity. 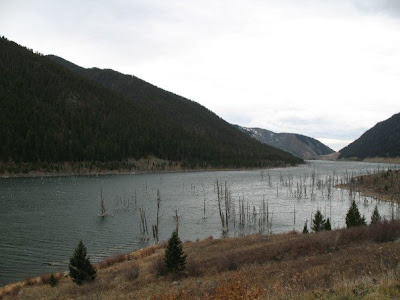 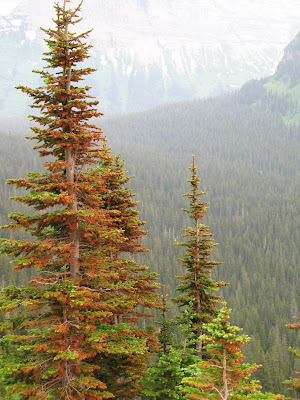 And this is a shot I took on July 3rd up in Glacier National Park (On going to the sun highway). I had heard the mountain pine beetle is getting around. (I assume it was some sort of beetle, and it didn't look like there was any fire damage around, plus they still had plenty of snow pack at that time this previous year. So it might not be MPB, but I still think some sort of bug did this).

As my favorite "tree", I do like both my go-ban and my shogi-ban. When my sister first saw them she said something to the effect of "No wonder that box was so heavy, it had a tree in it". In my defense, she moved the box with my go-ban in it without my knowledge, or I wouldn't have let her do it. Seriously, they are heavy. 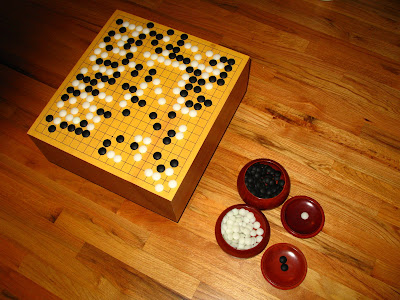 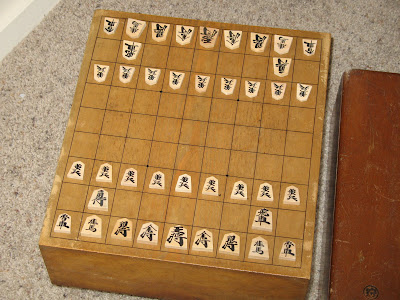 I also enjoyed the tree that I climbed on as a kid, but that tree has since had several of its branches trimmed off, and I don't have a picture from back in the day. Oh, and my neighbors had three pines that converged to form a natural tree house, but the ravages of time have also made that strictly a memory.
Posted by Bryan at 12:12 AM