While rummaging through my hard-drive, I came across a folder of photos from my trip to Glacier National Park from over the summer. I had meant to upload them to Facebook, but I kept receiving errors when I would try and upload them. I decided I would try it later and promptly forgot about it. So here are some of the more scenic views I captured while driving on Going to the Sun Highway. Parts II, III, and IV are now up. 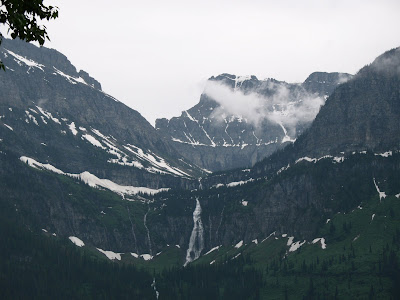 When we arrived, it was the first day that Going to the Sun was open (July 3rd on this particular year. We had plenty of late snow. Bozeman was getting snow in June). So some of the distance shots will appear hazy, the cloud cover did break later in the day though. Above is a picture of a cirque, which is a result of the parks namesake. I took several pictures of them as we went along. What else would you expect from a geology student in GNP? Pictures of their "loved ones"? I think we all know the answer to that. 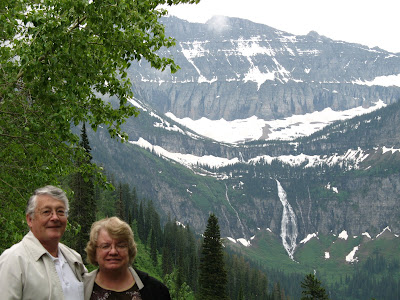 In fact, I took this picture of my parents in front of the same cirque, my parents are out of focus (but the cirque is crystal clear). In my defense, I couldn't tell on the little display screen that they were out of focus. I remedied it later by taking pictures of them in focus. 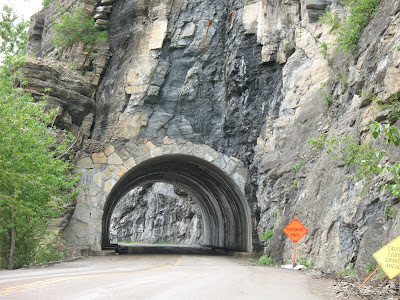 My dad likes the engineering aspect of geology. So this is a picture for him. It is impressive how we have tunneled through a rock face while clinging to its narrow precipice (which we also carved out for ourselves). 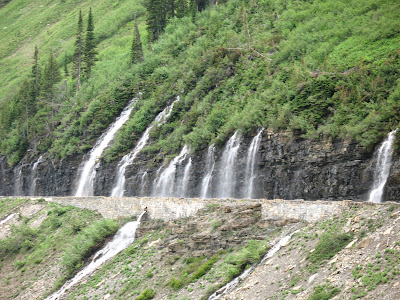 Here is the Weeping Wall. Nothing much for me to comment on. I thought it was pretty. 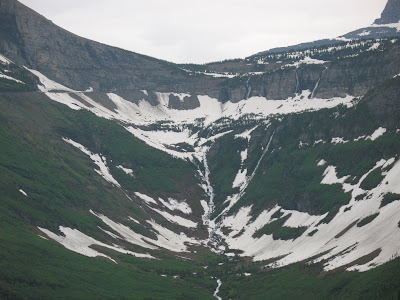 This is a cirque I took a shot of while we were nearing Logan Pass. Below is the same cirque, but now we are looking down it instead of up at it. I figured this would be something interesting to show students at some point. Mainly because every time a cirque is diagrammed in a book, it is from (more or less) the same perspective. When, in lab, we asked students to identify a cirque from a different perspective, everyone seemed to have a hard time with it. So here is an example that can hopefully get students to start thinking about geology as three dimensional (well four dimensional when you throw stratigraphy at them) 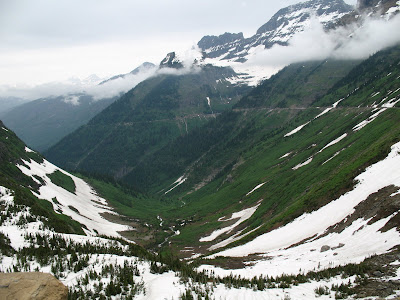 That is it for this batch. More will probably pop up later, when I am trying to think of something to write about. Continued in Part II
Posted by Bryan at 3:15 PM