Something Ate the Moon

Last night North America had the king seats for a total lunar eclipse. These astronomical phenomena hold a special place in the history of science as a whole. In ancient Greece, Aristarchus was observing a lunar eclipse when he realized that as the shadow crept across the face of the moon, it was in the shape of an arc, not a straight line. He then posited that this meant that the Earth itself was curved (since the Earth is what must be casting the shadow). Furthermore, this observation helped Aristarchus come to the realization that the Earth is not the center of our solar system, but rather the Earth must orbit the Sun. All this was discovered centuries before Copernicus and Galileo. The ancient Greeks were even able to estimate for the relative sizes and distances of the Earth, the Moon, and the Sun. While we are much more precise with our modern techniques, Aristarchus was on the right path.

With that said, last night I went out and took some pictures of the lunar eclipse. These aren't the greatest of pictures since my SLR and telescope are packed away right now and all I had available was my camera I use for basic photography in the field. However, you will clearly be able to see the curvature of the Earth as the shadow moves over the surface of the moon. [note: I just realized that you cannot enlarge the photos by clicking on them. I will see if I can remedy this. Apparently, Blogger shrunk them all down to 400x300. I will probably just have to break down and subscribe to a photo hosting site to fix this]

Below is a shot of the eclipse just as it was starting. 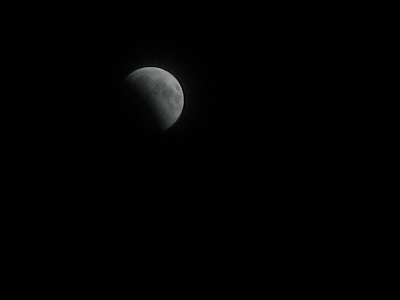 Below it has progressed a little bit further. 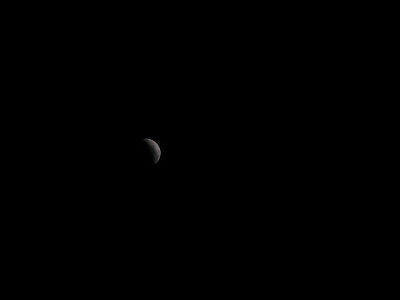 And below shows it further still 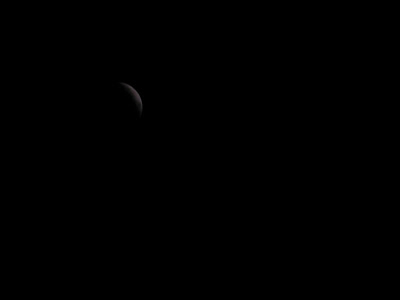 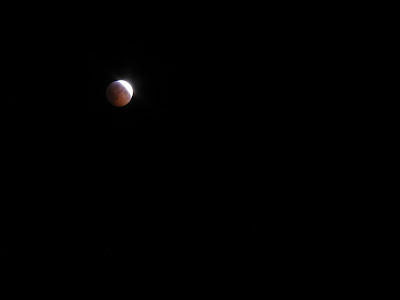 Below shows the eclipse in near totality. 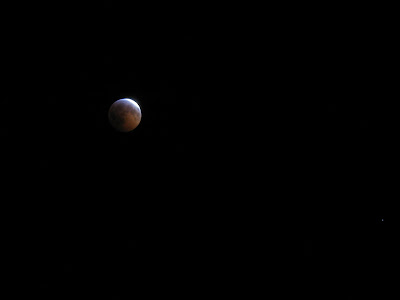 And here was the last decent shot I got of the event last night. 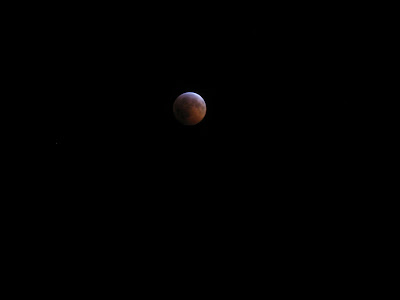 I have been away for a while… a good LONG while. However, I am still going to try and keep this blog running. Truth is, I like this blog. I find it is a good way for me to express my ideas about various topics that interest me and get feedback on those selfsame topics. I also find it good practice to keep writing about technical concepts in a less than technical manner. Or, to paraphrase Albert Einstein (who was paraphrasing Ernest Rutherford), you don't truly understand your [sed/strat] unless you can explain it to your [friends in a bar].

That said, sometimes the real world just gets too busy for me to make regular updates to ITV, let alone pay attention to it at all. I had some grand plans for when I finished my thesis such as: move over to Wordpress, start semi-weekly updates, break down the infernal tome of archaic knowledge over a series of posts, etc. What I didn't expect was how complex my schedule could become. I had to move, find work (of a sort), research PhD programs, attend conferences (which included helping prepare presentations for conferences), write applications to graduate programs, retake the GRE (prior scores expired. Good news, both scores went up [still waiting on the essay score]), and work on condensing my Masters into a journal article for submission (got a rough draft done, but it isn't ready for "showtime" yet)…. And my schedule doesn't look like it will be easing up anytime soon with campus visits, grant writing, helping to get a lecture series organized and developing a "training manual" about local sed/strat for docents at the museum I am currently working with. I have developed a greater respect for all the geobloggers out there who have been able to balance the real world and blogging.

So, with that in mind, I have decided to set more realistic expectations of what I hope to accomplish regarding ITV. I will no longer be moving from blogger (it's got problems, but I can endure them for the time being). Semi-weekly updates might be a bit optimistic. I will try and post monthly updates at the very least. I am also scrapping the idea of talking about my thesis, since I am trying to get it into a journal. Once it's in a journal, I probably will just let someone else in the geoblogosphere eviscerate it.

With that said, I am currently working on December's update. Watch this space.